Most people agree, churches don’t sing like they used to. Do a simple internet search on the subject and you will find several sources outlining the reasons why churches seem to be more passive about singing. I’ve written on the subject myself.

One reason is an unfamiliarity of the songs we are choosing. In this era of churches writing songs and a proliferation of songs available as Christian music and congregational music overlap more than ever, the sheer number of new songs we are singing may be overwhelming our congregations. I have a suggestion. Here are 3 lists to develop that can help you grow the confidence of your church and help them sing the songs of worship well. Organize Your Planning Approach by developing three lists that you keep at hand every time you plan worship that you update constantly.

Once you have these lists, build each service with a mix of these titles, but lean toward the Significant list most of all. If you will bring back these songs often enough, you will move several of them to your Legacy list. And growing that list should be your goal.

You could think about it this way – sing three significant titles and two legacy songs for every new song. If you did, your church would grow in confidence and start to sing more. For some, it might be one new song a week while for others it could be once a month.

Every service should have at least one moment that the congregation can trust that they know the song so well, they can release their worship with full abandon. In those moments, you create the standard that all other songs will be measured by. As you grow their repertoire, you will have more and more songs that will invite this response. If you introduce a new song that a still doesn’t become significant to the congregation after a few times, move on from it. Consider bringing it back for another try at a later time.

Obviously, there will be times when a song comes along that is so right for the moment, it will be worth breaking the pattern to include it. As with any system, don’t become legalistic about serving the process. But, if you only rely on how you feel as you plan worship, you will gravitate to the few legacy songs you have, or to new ones, and neglect the vast number of songs in between. The confidence of your congregation will not grow, and they won’t know any songs to sing in the pivot moments of their lives.

To everyone’s spiritual benefit, grow the repertoire of your congregation. 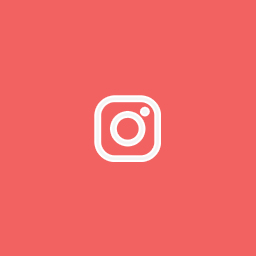